NOTE: Access to the venue is from the gardens on Via Orlandi

The venue is located in the heart of Anacapri village. It is a multifunctional and modern conference center, with completely renewed equipment.

Do take the Alibus from the airport to the harbour
Do always request the predetermined fare when taking taxis (this must be requested before the journey)
Do put your valuables and documents in a safe place. As in all locations that attract large numbers of tourists, beware of pickpockets
Do book the hydrofoil in advance
Do plan some time to have a pizza
Do taste a sfogliatella

Do request the predetermined fare when taking taxis (this must be requested before the journey)
Do plan sufficient time for transfers by public busses. Although quite frequent, public busses can take only a limited number of passengers
Do bring your swim suit
Do visit the Blue Grotto (by bus from Anacapri) and Villa San Michele
Do plan some hiking (we suggest Monte Solaro or Villa Jovis).
Do take a ride on the funicolare

From Rome or Naples: http://www.capri.net/en/getting-here

The island offers a bus service, via numerous hairpin bends, from Marina Grande and Capri to Anacapri.

Capri & Anacapri
Capri is part of the region of Campania, Province of Naples. The island of Capri is composed of two municipalities: Capri and Anacapri. The town of Capri is the island’s main population centre (12,200 thousand) while Anacapri has only 7,000 thousand inhabitants and was built on a high plateau. The island has a mythical charm, its breathtaking landscapes and beauty stretch from the rocky caves around the island to the edge of the horizon, and has been an inspiration to poets, lovers and travellers throughout the centuries. 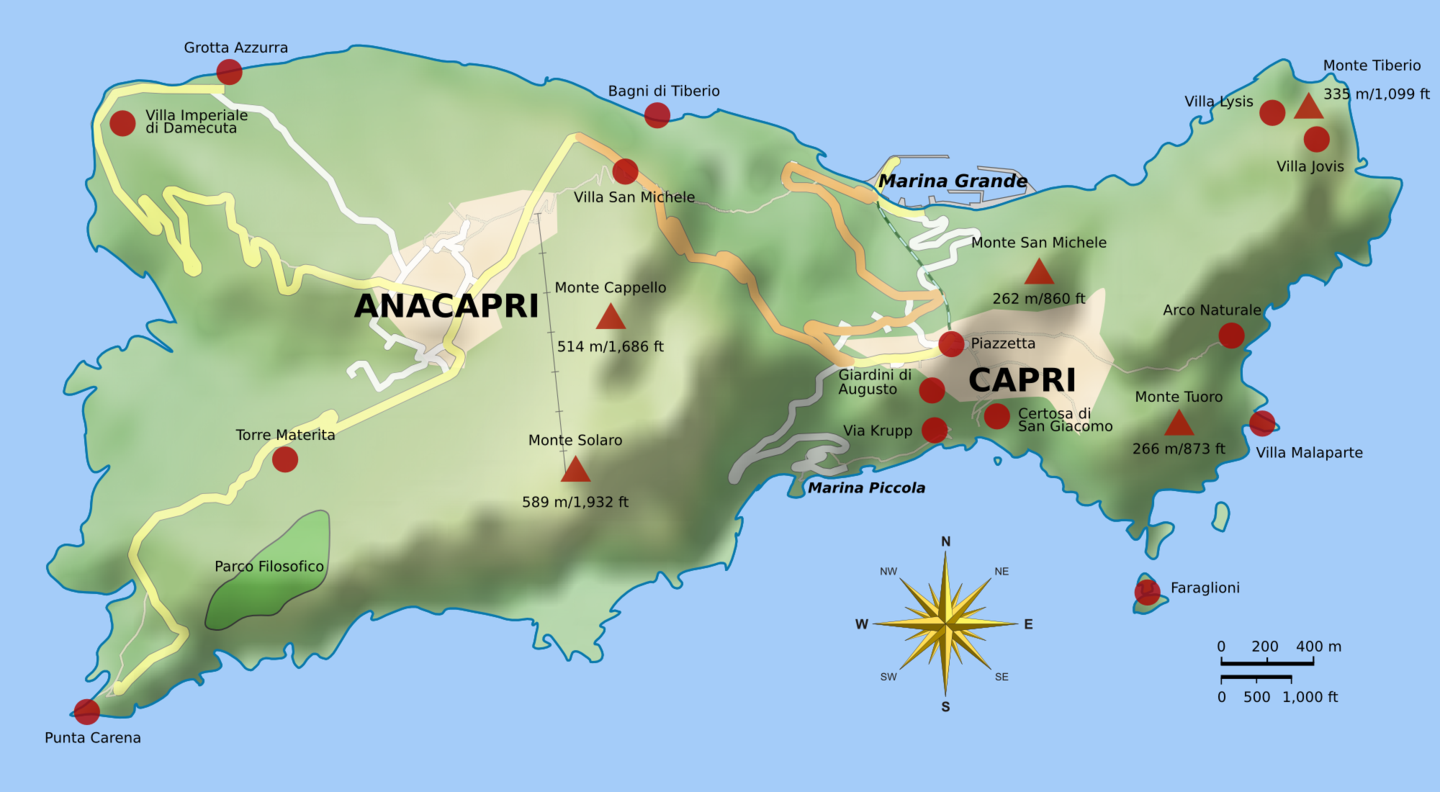 Capri has been a resort since the Ancient Greeks first settled the island and is a popular tourist destination for both Italians and foreigners. Some of the main features of the island include the Marina Piccola (the little harbour), the Belvedere of Tragara (a high panoramic promenade lined with villas), the limestone crags called sea stacks that project above the sea (the Faraglioni) and the ruins of the villa of the Roman Emperor Tiberius (Villa Jovis).
The town of Anacapri is renowned for the chairlift (seggiovia) to 589-m Monte Solaro and the Villa San Michele, the Blue Grotto (Grotta Azzurra) and for its quiet atmosphere. 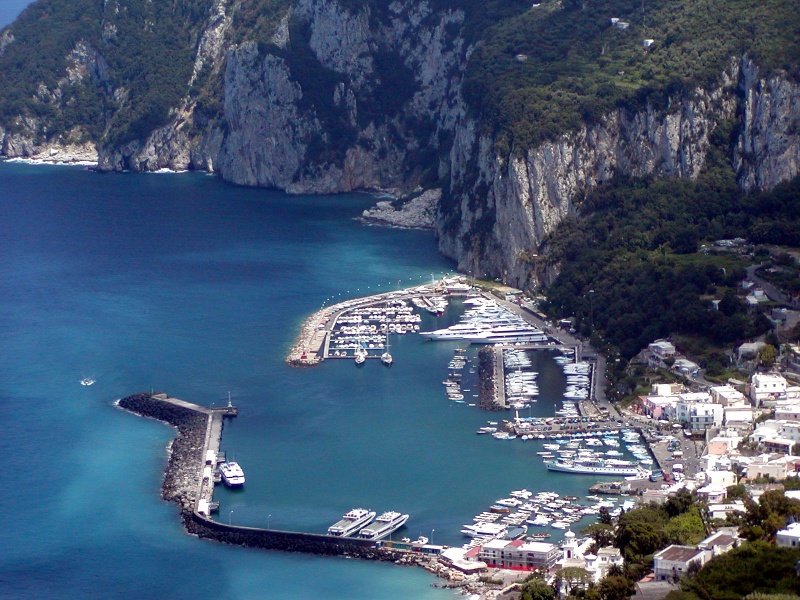 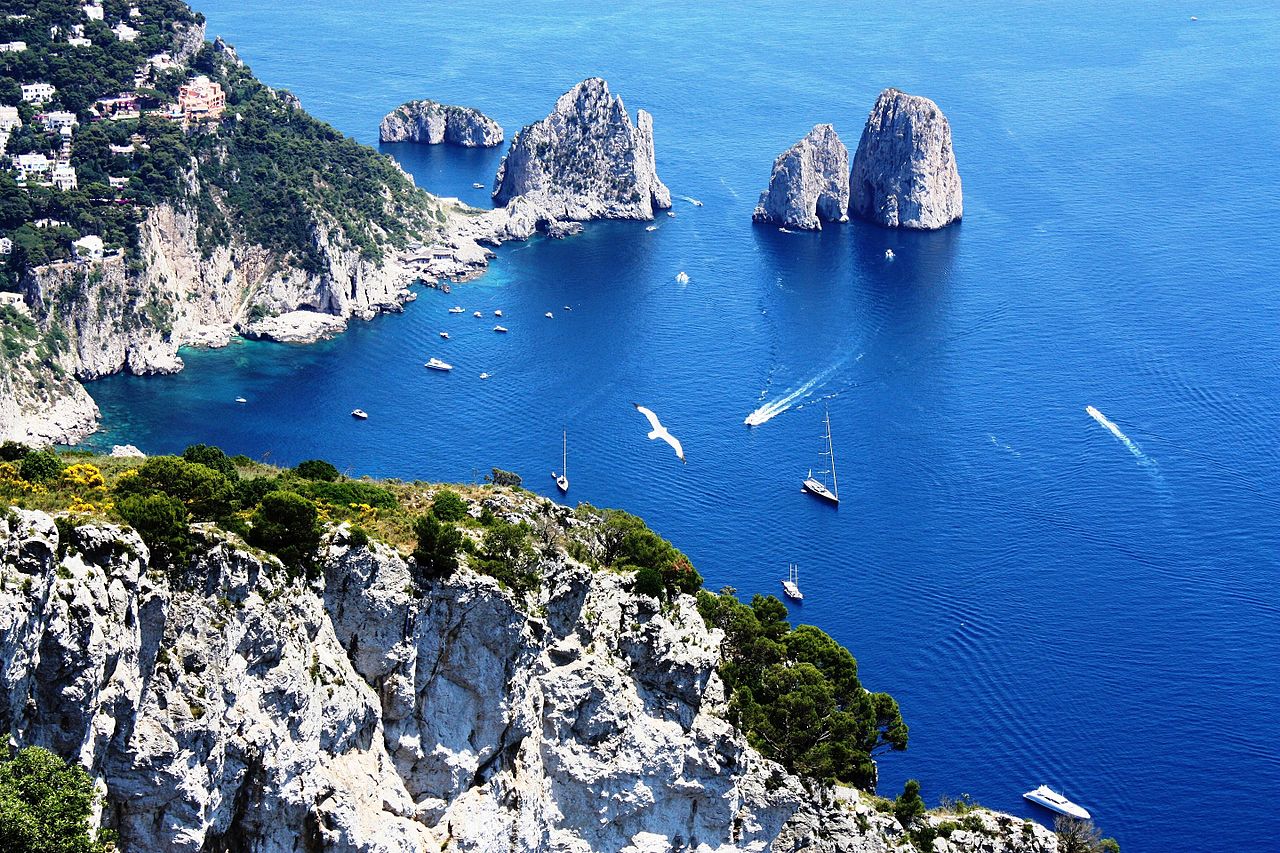 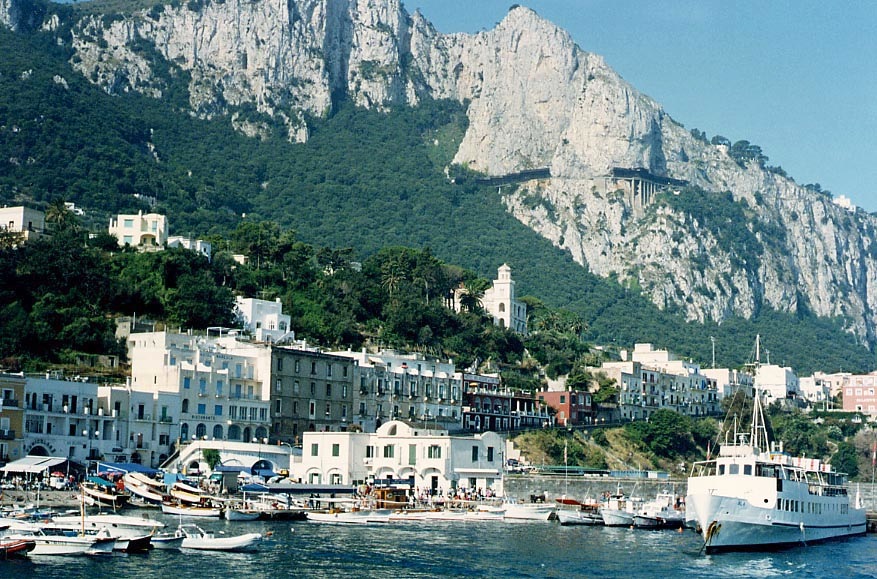